I've heard it said lately by some gamers that they want a "cinematic" experience in a RPG. First off, why does everything have to be like the movies? Comic books want to be more "cinematic," whatever that means. Our TV screens are now the size of a movie screen. Books are written with the movie (to be produced later) in mind. And now RPGs are suppose to be cinematic? REALLY? I don't think so.

At least, not if, by "cinematic" you mean, "like the movies." Cause I gotta tell you... I don't think you would enjoy playing the main character(s) from most movies.

Action movie characters often face overwhelming odds, split up the party, have little control over what happens to them, get few rewards from their battles, and often win based on sheer luck or the actions of "NPC" characters. Let's look at some examples from some movies I recently watched.

In "Live Free or Die Hard" or any of the Die Hard movies, John McClain is outmanned, outgunned, and gets the crap kicked out of him. Do you know how many times players would be crying "fowl" if their GM treated them like the moviemakers treat McClain? Even when he "wins" his life just gets worse and worse.

Harry Potter and the Sorcerer's Stone? Harry's "victory" is through sheer luck.

Indiana Jones? Always gets captured and he wins by keeping his eyes closed, invoking the name of Shiva, running away from an earthquake, and a alien ship taking off. Those don't sound like satisfying RPG wins.

Even movie franchises with RPGs based on them such as Star Wars wouldn't be nearly as fun if you ran them like the movies they are based on. "Wait, I'm a JEDI! How was I beat by a wampa in a single round?" "Okay, so you're entering an asteroid field... you need to roll a "1" and a d3,720 to survive."

I Am Legend? 30 Days of Night? 3:10 to Yuma? All feature main characters hopelessly outmatched. Not much fun at the gaming table. But see, that's what movies do. Movies put the character in the darkest, most hopeless place possible before saving the character from inevitable doom.

That's my opinion. Agree? Disagree? Feel I cherrypicked my movie examples? Post a comment with your thoughts!
Posted by KGS Administrator at 8:36 PM 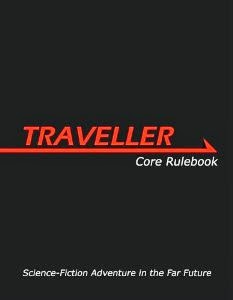 What We've Reviewed So Far